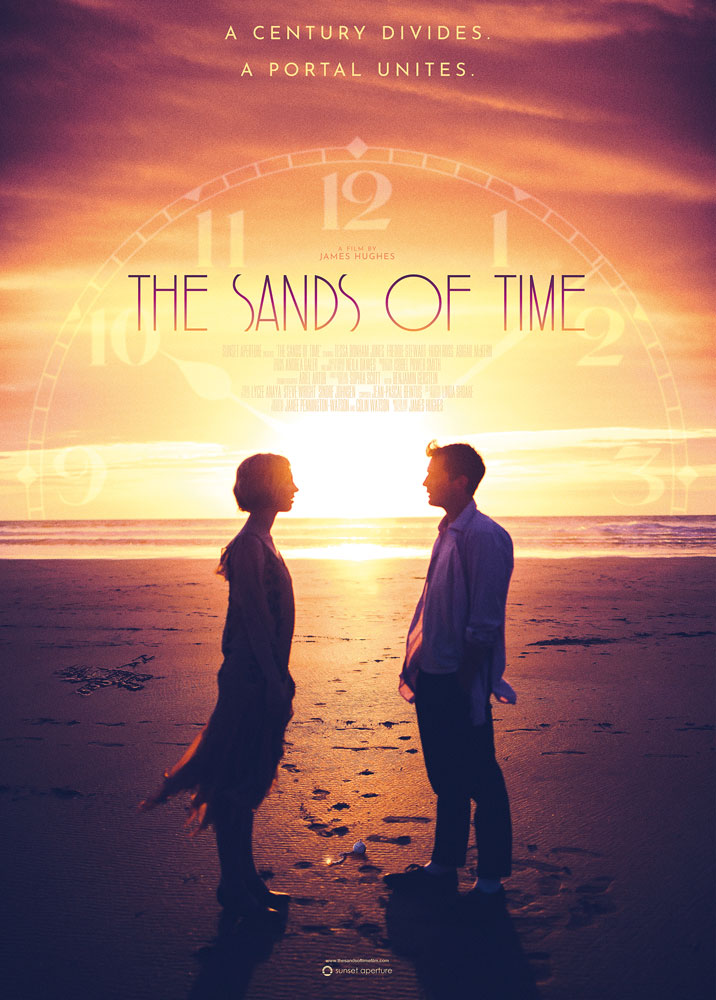 A time portal in the sands brings a young couple together

As NATE, sunbathes on a deserted beach while he waits for the surf, the singing sands alert him to a change in the environment.

Through his squinting eyes, he discovers HATTIE, a year younger, but dressed in a 1920s bathing suit, who has inexplicably appeared on the beach.

In contrast to Nate’s bewilderment, Hattie is clearly accustomed to her travels, and her wondrous nature fascinates him.

Nate is determined to discover who this beautiful time traveller is, as their worlds converge across the sands of time.

After winning a Screenplay Award at the New Renaissance Film Festival in London, the film went into production for a three day shoot in Cornwall, followed by a final day in London.

The Sands of Time is now on release across the film festival circuit.