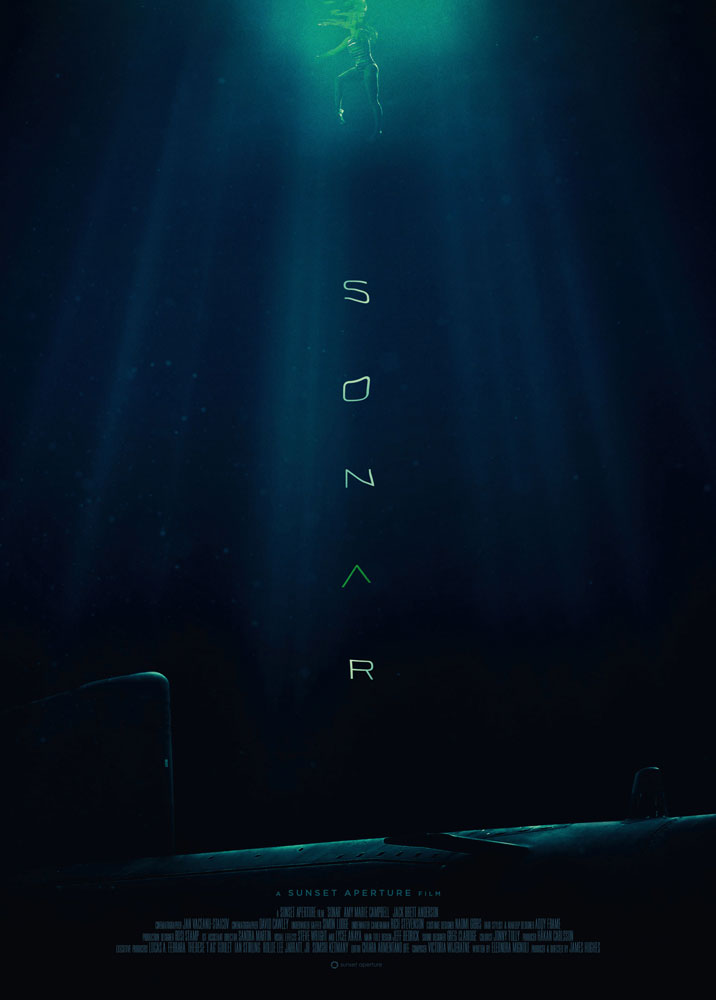 A swimmer detects an unusual sound late at night and she decides to investigate.

SARAH swims alone in a swimming pool late at night. The only sounds are those of her strokes and the gentle hum of the generator, until;

A sonar sound bursts through the night air to cause a power surge which plunges Sarah’s world into darkness.

As the sonar sound intensifies, Sarah realises it is coming from the deep end of the swimming pool. With a deep breath, she dives down to investigate…

The film shot for two days in Suffolk and Hampshire, in two of the most ambitious locations we have ever secured for a shoot. This included an extensive outdoor night shoot.

Sonar is now on release across the film festival circuit.