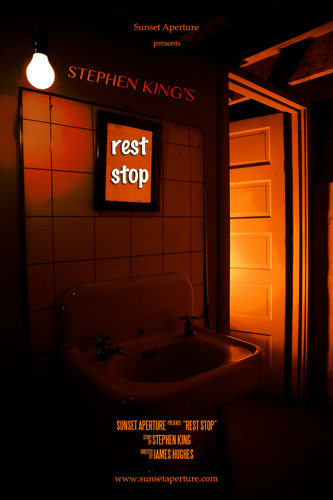 Sunset Aperture have been granted the non-exclusive right by Stephen King, to adapt and direct his award-winning story into a short film. Originally published in Esquire Magazine it later appeared in his best-selling novel Just After Sunset.

Author JOHN DYKSTRA, who writes under the pen name of RICK HARDIN, has had too much beer to drink at his mystery writer’s group meeting and desperately needs to find a rest stop on his return from Jacksonville to Sarasota. There is only one other car at the rest stop and he hears its occupants in the Ladies’ Room. It is a woman’s and a man’s voice he hears coming from the bathroom and clearly the sounds of domestic abuse. John Dykstra has to decide how, or even if, he will act to stop it.

After contacting Stephen’s office with his proposal, they were impressed to send Sunset Aperture the film contracts. These were recently signed and exchanged. This stylised film noir adaptation is now in development.