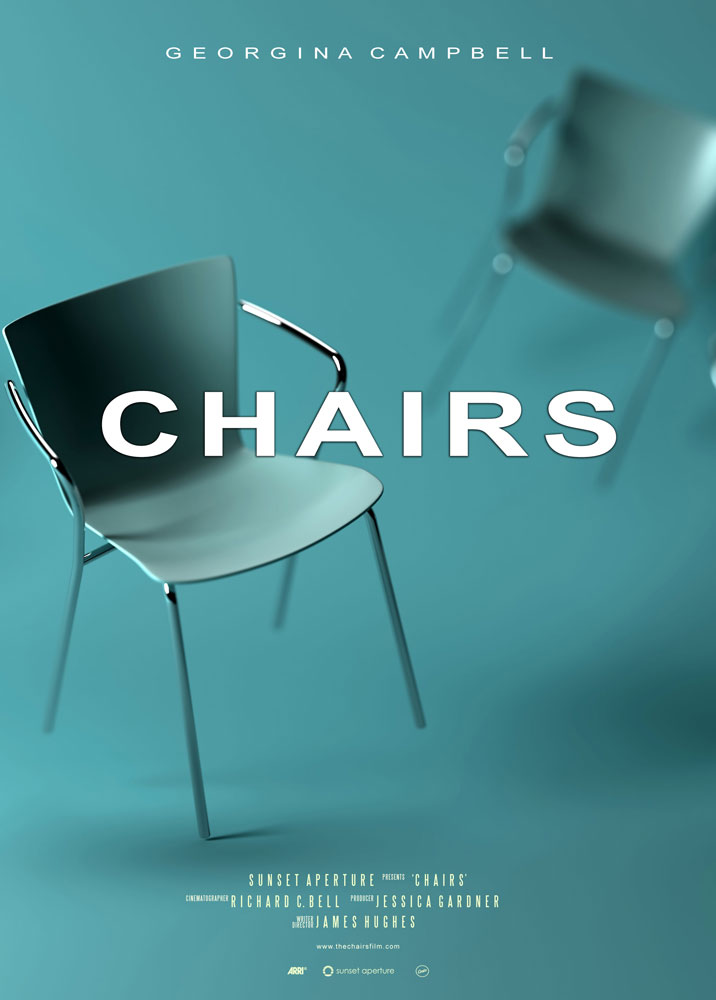 Chairs are everywhere. We cannot avoid them. Everywhere we turn in society, there they are, in one form or another. So what if you were so infatuated with chairs that they were controlling your daily life? You couldn’t escape your condition in the world we now live in, because it is overcrowded with chairs.

This is the very condition which JOEL JUDSON still suffers from.

So one evening he decides to seek help, and becomes the last patient of the day for his new psychiatrist, SERAPHINA BROOKS.

As Joel regales his peculiar condition, Seraphina is drawn into a situation she never expected.

Starring the BAFTA winning actress Georgina Campbell, the film is now in pre-production and will shoot later this year.